White Eagle is a new release from author Paul Anthony. 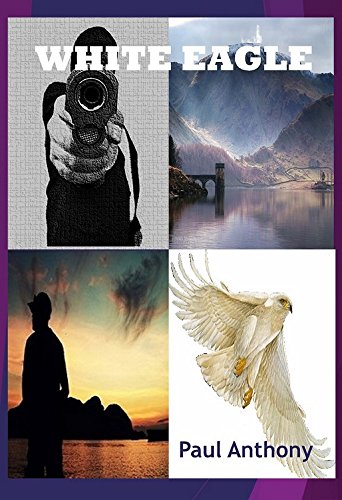 White Eagle is about a Cumbrian detective working with the Special Crime Unit and various elements of British Intelligence.

SYNOPSIS – When a desperate young man is forced out of his home in the mountains, he claims ‘Qisas’ and sets out on a bitter journey of revenge. As he terrorizes a continent with his wicked plan, the evil megalomaniac becomes an iconic figure synonymous with fear and dread. In a fast-moving, white knuckle ride, the unknown assassin leaves police and intelligence services reeling from the sheer pressure of relentless attacks.
What is White Eagle? Is it the name of a bird of prey? Or is it a mysterious individual who has no name? There are those who think White Eagle is a newly formed terrorist group working for the highest bidder. Whichever, it’s a mystery no-one can solve.

Mouretti, the man from NATO, takes up the case and is determined to claim all the glory.
The plot explodes when Boyd and his team from the Special Crime Unit become involved. All hell breaks out as three single-minded individuals, each propelled and fuelled by revenge, fight for victory.

Who will win and who is doomed to failure? In the chaos that surrounds the investigation, does anyone walk away unscathed?

Pre-publication Review: Boyd continues his unique career in this story of love, hate, loss, devastation, betrayal, trust, and loyalty. Paul Anthony’s latest novel takes his reader from the dizzy heights of a mountain range to the quiet backwaters of rural England as he portrays one man’s journey from birth to adulthood. This is yet another First-Class novel from Paul Anthony.

Pre-publication Review: An excellent action-packed thriller from the pen of crime-writer Paul Anthony. This is the kind of book that entertains, informs, thrills, fascinates, and delivers a tremendous read. 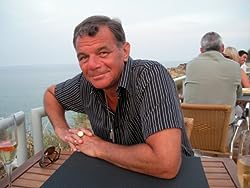 Paul Anthony is a retired detective from Cumbria in the U.K. He’s an independent publisher who has written both television and film scripts either on my own, or with the award winning screenwriter Nick Gordon whose full length feature film ‘Hunted’ hits the screens in 2016/2017. Paul Anthony is a pseudonym. Born in Southport, Lancashire, he’s the son of a soldier whose family settled in Carlisle before he joined Cumbria police at the age of 19. As a detective, he served in Cumbria CID, the Regional Crime Squad in Manchester, the Special Branch, (Counter Terrorist Command) and other national agencies in the UK and elsewhere. He has an Honours Degree in Economics and Social Sciences, a Diploma in Management and a Diploma in Office Management. He’s a former winner of the Independent Authors Network Featured Author Contest and was a Featured Author at the ‘Books without Borders’ Event in Yonkers, New York, 2012. In earlier years he was a Featured Author at the Frankfurt Book Fair, Germany.