All That Shines (Glitter Bay Mysteries)
by Diane Bator

About All That Shines 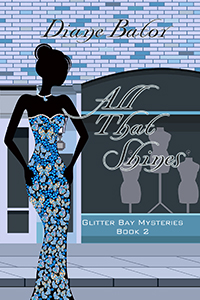 All That Shines (Glitter Bay Mysteries)

When Sage Miller’s sister Laken decides to host a fashion show as a grand opening for the new location of Vintage Sage, she’s not amused. Even less so when she discovers her sister hired a Hollywood fashion designer to help. Not only does the designer show up in the middle of renovations, but he drags along his protégé.

Then she finds Sebastian Hayward III, dead in her store.

Suddenly it seems half of Los Angeles—all unwelcome guests from Laken’s past—appear in Vintage Sage seeking something Sebastian had in his possession. Sage has to deal with renovations, a fashion show, and a murder before she and Laken come unglued. 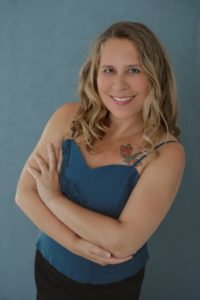 Diane Bator is the author of several mystery novels—and series. She’s a member of Crime Writers of Canada, Sisters in Crime Toronto, International Thriller Writers and the Writers Union of Canada. When she’s not writing, she works in a small, professional theatre which will one day be subjected to immortality in a whole new series.

Don’t forget to enter the giveaway

Be sure to visit these stops on the tour for guest posts, reviews, and more

March 26 – I Read What You Write – AUTHOR INTERVIEW

March 27 – Escape With Dollycas Into A Good Book – AUTHOR INTERVIEW