Do you believe in #magic?

When your world has been blown apart, and you must bring the magic that puts it back together.

Inspired by true events: #Hurricane Harvey, which made international headlines, and one that probably didn’t make it to your news feed. But, like all good fiction writers, I found myself thinking, “What if it didn’t end that way. What if …?”

An Ill Wind is among the captivating #Fantasy stories in The Magic Book of Wands anthology. It’s available for preorder now and then when it’s released on October 31 it will appear in your Kindle. Like magic! 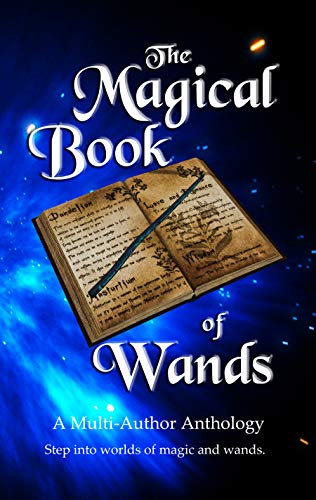 "What if?" Those two words all too easily send Devorah Fox spinning into flights of fancy. Best-selling author of “The Redoubt,” voted one of 50 Self-Published Books Worth Reading 2016, and three other books in The Bewildering Adventures of King Bewilliam epic historical fantasy series. She also co-authored the contemporary thriller, Naked Came the Sharks, with Jed Donellie. She contributed to Masters of Time: a SciFi/Fantasy Time Travel Anthology and has several Short Reads to her name, including Murder by the Book, A Mystery Mini. Born in Brooklyn, New York, she now lives in The Barefoot Palace on the Texas Gulf Coast with rescued tabby cats ... and a dragon named Inky. Visit the “Dee-Scoveries” blog at http://devorahfox.com.
View all posts by Dee →
This entry was posted in read, the beach and tagged Port Aransas, read, Texas, the beach. Bookmark the permalink.