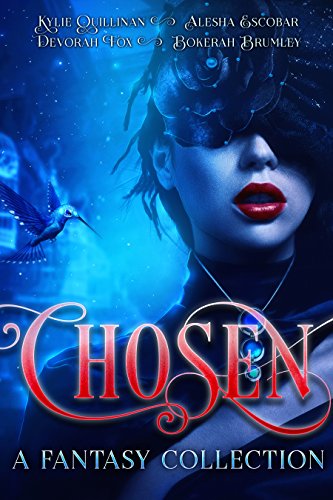 A bard with the power to bring his tales to life. A Victorian-era protectoress of the Lost Ways to Faerieland. A Korean War vet who becomes Mallworld Gatekeeper after dragons attack. A vision walker who is forced into a portal to another world to save her queen.

Four new stories. Four chances to escape to another world.

"What if?" Those two words all too easily send Devorah Fox spinning into flights of fancy. Best-selling author of “The Redoubt,” voted one of 50 Self-Published Books Worth Reading 2016, and three other books in The Bewildering Adventures of King Bewilliam epic historical fantasy series. She also co-authored the contemporary thriller, Naked Came the Sharks, with Jed Donellie. She contributed to Masters of Time: a SciFi/Fantasy Time Travel Anthology and has several Short Reads to her name, including Murder by the Book, A Mystery Mini. Born in Brooklyn, New York, she now lives in The Barefoot Palace on the Texas Gulf Coast with rescued tabby cats ... and a dragon named Inky. Visit the “Dee-Scoveries” blog at http://devorahfox.com.
View all posts by Dee →
This entry was posted in arts&crafts, read and tagged arts&crafts, fantasy, read, time travel. Bookmark the permalink.