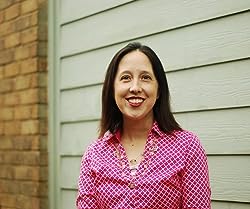 S. T. Sanchez has a new book out. It’s The Portal Keeper.

A mysterious portal, which opens at dawn and closes again at dusk, is located deep in the woods and kept secret from the vast majority of the people who inhabit the kingdom of Rastella. Only a few are aware of its existence and fewer understand the confusing prophecy that accompanies it.

Now, Ajax Maxwell, who is approaching his 14th birthday and has been in training for the past 2 years, is preparing to fulfill his family’s legacy by becoming the next keeper.

But Ajax is afraid. He’s worried that he won’t live up to the expectations placed upon him and will let down his family, like his brother Axel did when he took over from their father and then promptly disappeared.

When the prince of Rastella comes to visit for the first time, accompanied by Ajax’s childhood friend Nivara, it doesn’t take long for things to go wrong. In an accident, the prince falls into the portal and Ajax knows that it’s up to him to go and get him back.

With the knowledge that nobody who has entered it has ever returned, Ajax and Nivara go through the portal to try to save the prince. But what Ajax finds inside, and what he discovers about the prophecy, will test him to his limits.

Be sure to check out Sunwalker, Sarah Sanchez’s current release.

"What if?" Those two words all too easily send Devorah Fox spinning into flights of fancy. Best-selling author of “The Redoubt,” voted one of 50 Self-Published Books Worth Reading 2016, and three other books in The Bewildering Adventures of King Bewilliam epic historical fantasy series. She also co-authored the contemporary thriller, Naked Came the Sharks, with Jed Donellie. She contributed to Masters of Time: a SciFi/Fantasy Time Travel Anthology and has several Short Reads to her name, including Murder by the Book, A Mystery Mini. Born in Brooklyn, New York, she now lives in The Barefoot Palace on the Texas Gulf Coast with rescued tabby cats ... and a dragon named Inky. Visit the “Dee-Scoveries” blog at http://devorahfox.com.
View all posts by Dee →
This entry was posted in arts&crafts, play. Bookmark the permalink.