It’s the height of Spring Break here where I live. This being a tourist destination, hordes of students (and some teachers, too) head this way, taking a breather from the rigors of Academia.

Welcome! Enjoy our beaches. Build a bonfire. Play beer pong, throw Frisbees and footballs, and watch out for sunburn as you try to tan as fast as possible.

While lounging on your beach towel, you might even want to pick up a book for fun as a change from assigned reading. Have I got deals for you.

The Supernatural event running from March 13 though 17 offers a pickup-truckload of Fantasy, Paranormal, and Supernatural ebooks for FREE or 99¢. Among them you’ll find The Lost King, Book One of The Bewildering Adventures of King Bewilliam. A five-star best seller, The Lost King won the All Authors Certificate of Excellence 2016.

If that’s not enough, how about a box set of ten full-length Science Fiction and Fantasy novels? 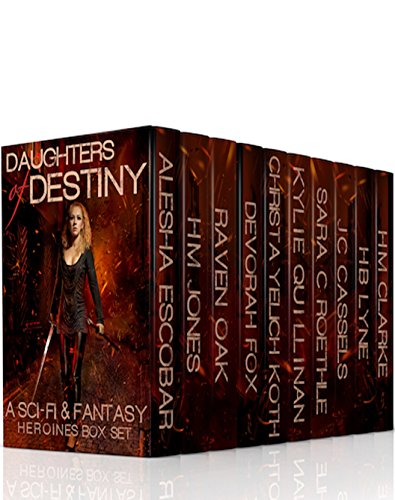 The novels all feature ten heroines at the right hand of destiny. In these gripping and intriguing stories, women rock rebellions, hand out justice, battle shadow gods, and bend the wills of kings.

This box set contains TEN complete novels, including The Redoubt, Book Four of The Bewildering Adventures of King Bewilliam. Daughters of Destiny launches March 15 but you can order it now for 99¢. Yes, that’s ten complete novels for less than a dollar. That should fill your beach read needs.

Not traveling to some exotic beach for Spring Break? You can take a thrilling journey without even stepping outside your door. Just grab the Daughters of Destiny box set or any of the books in the  Supernatural collection.

"What if?" Those two words all too easily send Devorah Fox spinning into flights of fancy. Best-selling author of “The Redoubt,” voted one of 50 Self-Published Books Worth Reading 2016, and three other books in The Bewildering Adventures of King Bewilliam epic historical fantasy series. She also co-authored the contemporary thriller, Naked Came the Sharks, with Jed Donellie. She contributed to Masters of Time: a SciFi/Fantasy Time Travel Anthology and has several Short Reads to her name, including Murder by the Book, A Mystery Mini. Born in Brooklyn, New York, she now lives in The Barefoot Palace on the Texas Gulf Coast with rescued tabby cats ... and a dragon named Inky. Visit the “Dee-Scoveries” blog at http://devorahfox.com.
View all posts by Dee →
This entry was posted in arts&crafts, events, play, read, the beach and tagged arts&crafts, events, fantasy, Port Aransas, read, the beach, thriller. Bookmark the permalink.