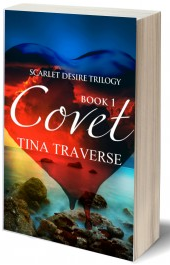 Hiding in an isolated Newfoundland outport, Scarlett Winters is the living bearer of the secret of immortality. Sebastian Sinclair, vampire and stealer of souls, might be her only hope to escape a deadly power struggle. But can she trust him? Caught between
sacrificing her morals and betrayal by those she trusted, Scarlett will risk everything to escape…unless she dies trying.

Tina Traverse fell in love with writing at the age of eight when she wrote her version of the bible story, The Good Samaritan, for a homework assignment. This love grew into a passionate affair and has been ongoing for
thirty years; and there are no signs of it waning. 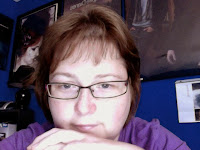 Though, she admits, when she was pregnant with her son Christian,
the affair cooled.
Tina’s desire to write came calling once again when she needed to
find a way to cope with heartbreaking news.
Christian was diagnosed with autism in 2010.
Her method of coping was to write a story about his journey called
Forever, Christian.
Tina likes to joke that a girl can only write about real life for
so long without jumping back into the world of make believe.
She loves to venture into the world of the supernatural; vampires
and witches are her favourite! Tina enjoys all sorts of vampires but admits that she is fascinated with the modern romantic vampire (think Twilight and The Vampire Diaries).
She is currently working on a vampire series based on her first published book, Destiny of The Vampire and has other projects in the works.
When Tina is not at the computer creating her exciting, magical worlds, she is kept on her toes by her two sons, Christian and Brandon.
Sometimes the author manages to curl up in her favourite chair with a good book.

Follow the tour crew and tour by clicking on any of these tour buttons from participating blogs!

Image by Cool Text: Logo and Button Generator – Create Your Own Logo