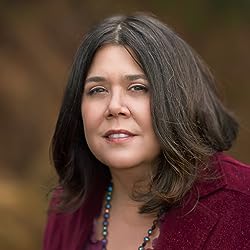 Lilo says, “This is big deal. I equate it to winning the lottery,” and would like to use this to propel her book to the #1 position. I know how she feels because my own novel, The Lost King, has ranked in the Kindle Top 100 Paid Sales. So let’s help Lilo’s book shoot to the top of the charts.  Here’s what you need to know: 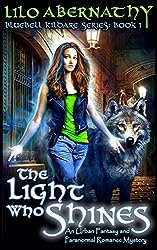 The Light Who Shines

When Supernatural Investigation Bureau agent Bluebell Kildare (a.k.a. Blue) arrives at the scene of the crime, it’s obvious the grotesquely damaged body of the deceased teenage boy was caused by far more than a simple hit and run; and she vows to catch the killer. Using her innate sixth sense, Blue uncovers a powerful magical artifact nearby. She soon discovers it acts as a key to an ancient Grimoire that was instrumental in the creation of the Vampire breed and still holds the power to unravel the boundaries between Earth and the Plane of Fire.

Blue and her clever wolf Varg follow a trail that starts at the Cock and Bull Tap and leads all through the town of Crimson Hollow. Between being sidelined by a stalker who sticks to the shadows and chasing a suspect who vanishes in thin air, the case is getting complicated. If that isn’t enough, Dark Vampire activity hits a record high, and hate crimes are increasing. However, it’s Blue’s growing feelings for Jack Tanner, her sexy Daylight Vampire boss, that just might undo her.

While Blue searches for clues to nail the perpetrator, it seems someone else is conducting a search of their own. Who will find whom first?

Danger lurks in every corner, and Blue needs all her focus in this increasingly dangerous game or she risks ending up the next victim.

The Light Who Shines will be on sale today for $1.99. So grab a copy while it’s hot. And keep up with Lilo on

and on her Web site and blog.

"What if?" Those two words all too easily send Devorah Fox spinning into flights of fancy. Best-selling author of “The Redoubt,” voted one of 50 Self-Published Books Worth Reading 2016, and three other books in The Bewildering Adventures of King Bewilliam epic historical fantasy series. She also co-authored the contemporary thriller, Naked Came the Sharks, with Jed Donellie. She contributed to Masters of Time: a SciFi/Fantasy Time Travel Anthology and has several Short Reads to her name, including Murder by the Book, A Mystery Mini. Born in Brooklyn, New York, she now lives in The Barefoot Palace on the Texas Gulf Coast with rescued tabby cats ... and a dragon named Inky. Visit the “Dee-Scoveries” blog at http://devorahfox.com.
View all posts by Dee →
This entry was posted in arts&crafts, read. Bookmark the permalink.